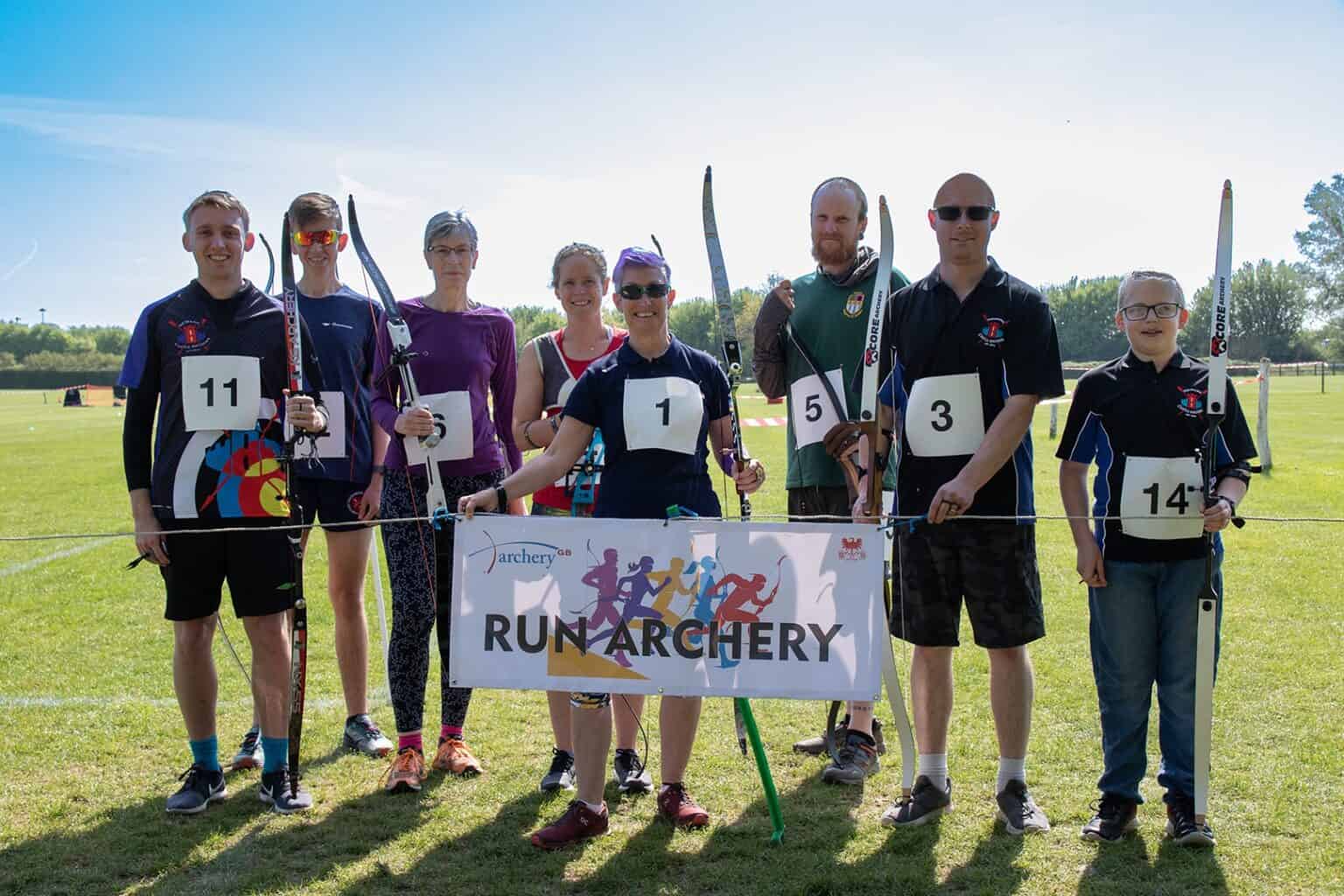 A few weeks ago, Stephen travelled down to Newark to compete in the first Run Archery pilot event to Newark Castle Archers who hosted the event.

Stephen said: “I contacted Archery GB to enquire about Run Archery, after seeing videos online of events in other countries. After being told that this pilot was on, I jumped at the chance of being involved.

“I got some strange looks from my club colleagues training how to shoot at such as small target face and how to shoot on one knee.

“I had a great time and I hope that Run Archery will make its way to Whitby at some point.”

The event was a pilot to test out how to organise and deliver a Run Archery competition. Qualified judges oversaw the shooting and overall event which involved archers from 5 clubs. Newark Castle Archers provided the work party, which included spotters – who tell an athlete whether they have hit or missed the target.